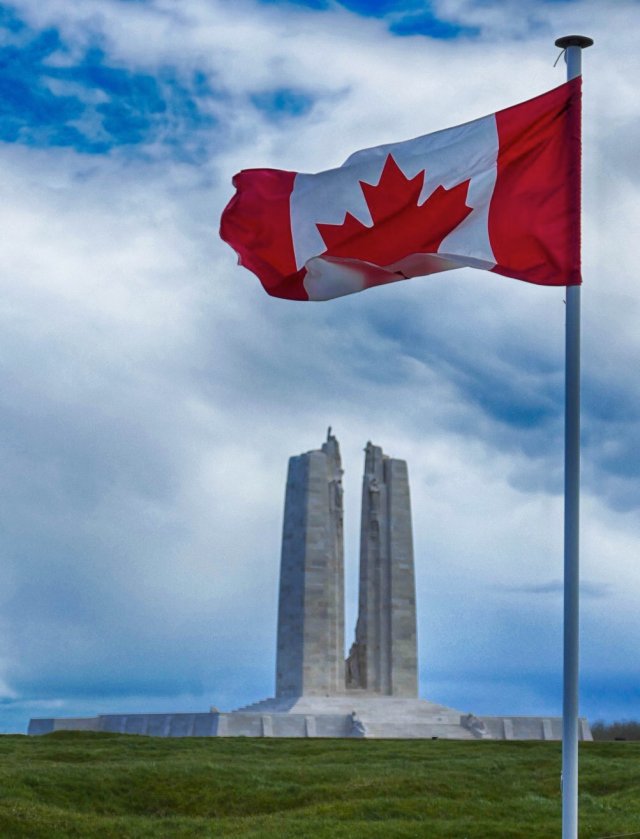 To access the war diary transcriptions select the year & month in the right hand column marked ‘year of action.’

The recruits for the Victoria squadron of British Columbia Horse assembled to the number of 130, including several from Duncan, last night at the G. T. P. wharf to hear with satisfaction the news brought by Acting Major W. Bapty that he had received the official authorization of the Corps from the Minister of Militia.

A large crowd had assembled to see the first parade of the squadron and to hear the address which Sir Richard McBride was announced to give. Unfortunately the number of the men on parade and the scantiness of the floor space made it impossible to admit the public until the Premier had left.

Sir Richard McBride expressed himself as deeply sensible of the privilege which had been offered him, not only of addressing them but of contributing to some extent to bring about their authorization. “Never before have the records of our Empire made mention of such a warfare as at the present time confronts the British people,” said Sir Richard. “It is, therefore, of necessity a time when we, if we propose to live up to our principles and show ourselves worthy of the privileges with which our nationality has endowed us, must all feel that the, time has come, not for words, but for deeds, and from what we read In the Press, Canadians throughout the Dominion are not behind hand in being up and doing.

“This is a war to preserve liberties and privileges handed down to us by our fathers, and we enter on it with the satisfaction of knowing that we have not provoked It. No one can lay that to our charge. On the contrary, as the British Prime Minister has said, this war has been forced upon us in order to uphold the principles of honor and good faith which we rightly cherish as among our most valued possessions. Great Britain fights for what is fair, what is humane. In fact for treatment the very opposite of that which has been dealt out to Belgium by Germany.

“Major Bapty informs me that you are all ready and willing to volunteer for the front If called upon. It is possible that within the next few months you may have to go. If you do, remember that the eyes of Canada, and especially of Victoria, will follow your doings with the keenest interest, and the certain conviction that you will add to the lustre already acquired by Canadians when fighting for the Empire. We may not have conscription, but I will venture to say that if four or even five millions of men were to be demanded for the preservation of the Empire within a few months, she would supply them trained and equal to the best that could be brought against us, to bear the message to the German Emperor that other nations besides his own have a right to a place in the world.”

Sir Richard also promised that he would wire the squadron’s offer to volunteer to the authorities at Ottawa and communicate to the commanding officer the reply as soon as it should reach him. The conclusion of his speech was marked by a hearty round of cheering, after which Sir Richard himself led off three cheers for the King.

Today at 7 p.m. there will be riding tests for applicants at the Willows, and during next week dismounted drill for recruits every night.

TORONTO, Aug. 7.— All civic employees on the regular staff who are joining the Canadian military  forces are to receive full pay while they are on active service. This has been decided on by the Boards of Works and agreed to by the Mayor, subject to the ratification of the Council.

Transcript of : The Daily Colonist 8th Aug 1914 – Victoria BC

Victoria Squadron of B. C. Horse

Riding test for recruits will be held at the Willows Riding School tonight at 7 p.m.  All men not already medically examined report at headquarters, Belmont House, basement entrance, Humboldt Street, between the hours of 10 and 12 a.m.

The following men, having been attested, are taken on to the strength and posted as follows:

Transcript of: The Daily Colonist 8th Aug 1914 – Victoria BC

The following orders have been issued from the headquarters, Kelowna, yesterday.

Parades
The squadron will parade in Dr Boyce’s field opposite the exhibition grounds, on Thursday and Saturday evenings next, the 6th and 8th inst., at 7pm. The attendance of every officer NCO and man is compulsory.

Horses
Any person having saddle horses suitable for military work, weight not under 950 pounds will please notify Capt. Temple immediately.

Mobilisation orders
All officers, NCOs and men will hold themselves in readiness for mobilisation at a moment’s notice in the event of mobilisation orders being received. Warning is now being given that each man must hold in readiness the following articles of kit securely packed labelled with his name rank, squadron and regiment: 1 pair boots, 3 pair socks, 2 shirts, 1 pair underpants, razor, brush and soap, hair brush and comb, plate knife fork, spoon mug.

Recruiting
Orders have been received that the squadron be brought up to full war strength immediately, i.e. of all ranks. Men willing to join between the ages of 18 and 45 years, height not under 5ft 4in., chest measurement 34 in. will apply to Capt Temple or Lieut. Pyman

Canadian Coast defences to be strengthened

Dispatches from great Britain to the Canadian government have been received urging that steps be taken at once to place the coast defences of Canada on a war basis. On the Atlantic the two strategic points are Halifax and Quebec. Halifax is heavily fortified and is a British naval station. Its fortification and splendid harbour make it an excellent naval base for British cruisers. The harbour defences are now garrisoned by the Royal Canadian Garrison Artillery and the citadel by the Royal Canadian Regiment.   The garrison will be brought up to full strength and other precautions taken to ensure the defence of this port.

The only topic of conversion just now is the war and every available source of information is eagerly besieged for new. Telegram continue to pour in at intervals but for the most part these are mere guesses to the real state of affairs. The telegraph and telephone services of Europe are practically all in the hands of the various powers, and the censorship exercised is so strict that little information is allowed to leak out as to movements of the armies and navies involved in the conflict.

From the mass of contradictory material which is being passed around it is difficult to sift out much which bears the stamp of truth. 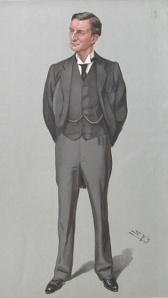 The ultimatum sent to Germany by the British government to respect the neutrality of Belgium expired at midnight Tuesday, and on Wednesday definite news was received that both Germany and England had declared war

In a statement made in the House of Commons Tuesday Premier Asquith stated that Sir Edward Grey had sent to the British Ambassador in Berlin a telegram informing him of the appeal of King Albert of Belgium for diplomacy intervention. He proceeded to state that Belgium has categorically refused to sanction the flagrant violation of the “Law of Nations” and announced that the German government had been asked to give satisfactory reply by midnight on the question of Belgium neutrality.

“The British government,” said Premier Asquith, “had requested that the neutrality of Belgium be respected by Germany and has asked an immediate reply. The German ministry has notified Belgium that as that country had declined the well-intended offer of Germany it is necessary to carry it out by the force of arms.”

Continuing, the Premier said that Germany had assured Belgium that it would compensate her for any damage that it might suffer by march of troops across Belgian territory. 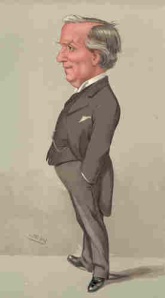 “The British government can not regard this as in any way satisfactory. We must protect Belgium’s neutrality to prevent what means to her a question of life or death, the advance of troops through Belgium” said the Premier.

Germany had declared war on Russia some days ago after an ultimatum regarding the latter’s intentions regarding her troops.

As soon as war between Great Britain and Germany was announced the flood of telegrams was suddenly stopped and only the most meagre reports are allowed to pass.

The intensest excitement prevails as to the whereabouts of the British fleet which sailed out under sealed orders and which has not been heard of since except in vague telegrams which throw very little light upon it. Reports were received earlier in the week of a great naval engagement in the North Sea in which seven German vessels were supposed to have sunk and two British.

Two German forces are converging from the east in the direction of the French capital. German troops crossed the frontier into France near the village of Cirey between Nancy and Straasburg and are reported repulsed with heavy loss.

Military observers believe the German plan is to attempt to vanquish France in the interval before Russia will be able to create serious trouble on her northern frontier. It is supposed complete Russian mobilisation will take three weeks.

A report at Liege, France, says that 20,000 German troops crossed the French frontier near Nancy and were repulsed with heavy loss.

There are 14,000,000 bushels of wheat in Canadian granaries and the crop that is being harvested is estimated at 175,000,000 bushels. The number of horses suitable for military work is not large. The Canadian contingent probably would use up the available supply.

Summary of the news to date

No news of European tensions found in this week’s Kelowna Record.  There was no follow up on the assassination or the trouble in Albania. The only indication of potential trouble on the horizon is this report on emigration:

Emigration from Canada greater than Immigration

No attempt is made to tabulate emigration from Canada, but it is believed it will be as fully as heavy as the immigration.  The immigration for the year will likely run about 130,000 which will be a drop of from about 65 to 70 percent, as last year the total was nearly 400,000.  However, while the total will drop more than half, the class of settlers who are coming are very superior, being almost entirely British and American settlers with money who are buying their own farms.

The Second Canadian Mounted Rifles in the Great War

100th Anniversary of the end of WWINovember 11th, 2018
Armistice